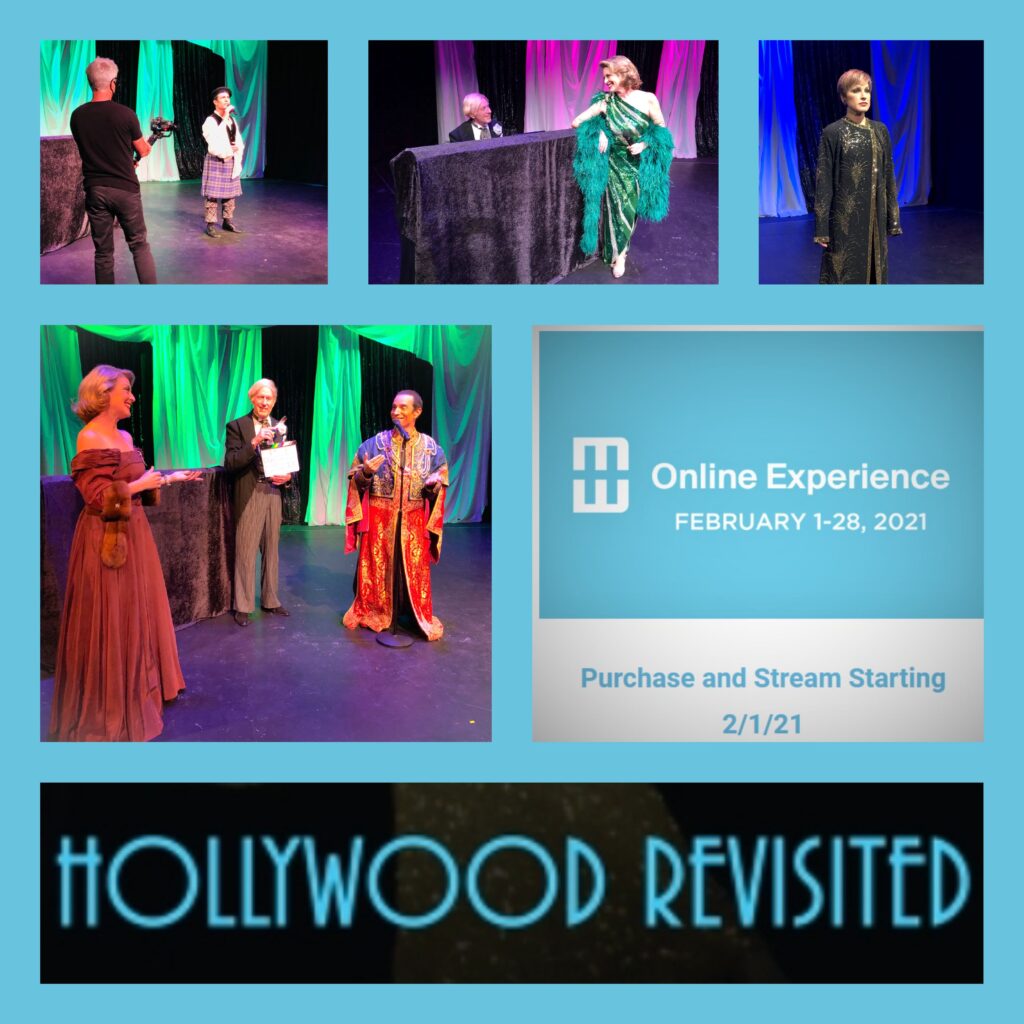 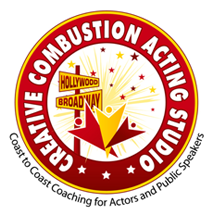 Joshua is also a renowned acting coach and teaches out of his private studio,
the Creative Combustion Acting Studio in Studio City where he is currently running a very successful series of classes he’s created called the DIRECTOR AUDITION PANEL MASTER CLASSES. In these series of classes, Joshua preps a small group of only 8 actors to meet, work with and build a wonderful personal relationship with top Directors, Casting Directors and Agents in Los Angeles. Check out his Joshua Finkel’s Director Audition Panels Promo Videos on YouTube. In addition, Joshua has created acting training curricula and Master Classes at California Lutheran University in Thousand Oaks, AMDA in Hollywood, The Young Americans College in Corona, and at the Academy for New Musical Theatre, The Spotlight Awards for the Music Center, YAE in Thousand Oaks, and the Actors Centre in London. He also is a renowned College Audition Coach and has clients in all of the best programs in the USA. He loves helping high school seniors build and prepare heir entire audition package for the best Theater Programs in the country.

Joshua is mounting his production of NEXT TO NORMAL for  P3 Theatre Company in Hermosa Beach opening in August of 2020. Immediately following, Joshua will be mounting 2 shows for the Hollywood Fringe Festival 2020: The Czech Musicals : The Lake and remounting his Pick of the Fringe 2017 award winning production of The Wedding Night both composed by Game of Thrones and Film Orchestrator, Stephen Coleman. The Original Cast Recording of The Wedding Night is now available on CD Baby! Recently, Joshua mounted the hit production of DAMES AT SEA at the beautiful Sierra Madre Playhouse.. Joshua is currently working with the creative team to develop the musical into a full length show featuring 3 new short musicals as well as a Broadway Bound Musical currently in development. Joshua made his NY directing debut when bringing the sold out cabaret act he co-created, directed and choreographed to Feinstein’s 54 Below: TOGETHER AT LAST starring Broadway teen performers Jaidyn Young and Emma Howard (The Beguiled with Elle Fanning and Nicole Kidman, and Transparent.) We are scheduling further performances in NY and SF. In 2015, Joshua received rave reviews, Broadway World award noms., and a Best Director “Scenie” Award from Stage Scene LA for his Los Angeles County  Premiere Production of VIOLET the Musical at the El Portal Theatre in North Hollywood produced Kelrik Productions. Also, Joshua directed acclaimed and VC award winning productions of THE FANTASTICKS as well as a brave new concept for the hysterical show A FUNNY THING HAPPENED ON THE WAY TO THE FORUM for Panic! Productions in Thousand Oaks. In Film, Joshua starred in and choreographed both seasons of the webisode series DATING IN THE MIDDLE AGES and additionally starred in the short film HUCKLEBERRY DREAMS opposite Emmy and Tony award winner Robert Morse. In 2020, Joshua is slated to direct the Romantic Comedy Feature, LOVE’S FAIRE GAME for MJR Films starring Ethan Peck.

Joshua recently received another VC and Scenie award as Leo Frank in PARADE at the Hillcrest Center for the Arts, as well as starred as the enigmatic lyricist from A CHORUS LINE, Ed Kleban in A CLASS ACT at the Alex Theater which received rave reviews.
Joshua’s voice can be heard on the Original Cast Recordings of KISS OF THE SPIDER WOMAN, BARK! as Ben, and as the voice of ARTSCENE VISUAL RADIO on ARTSCENECAL.com. In Film and Television Joshua has starred opposite Bruce Willis, Marcia Cross, Kathleen Quinlan, Kalista Flockhart, and Jill Clayburgh to name a few, in such projects as THE KID, ALLY McBEAL (Emmy award), FAMILY LAW, and DESPERATE HOUSEWIVES. 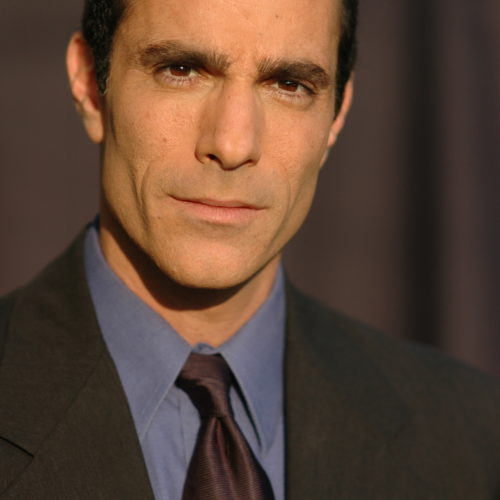 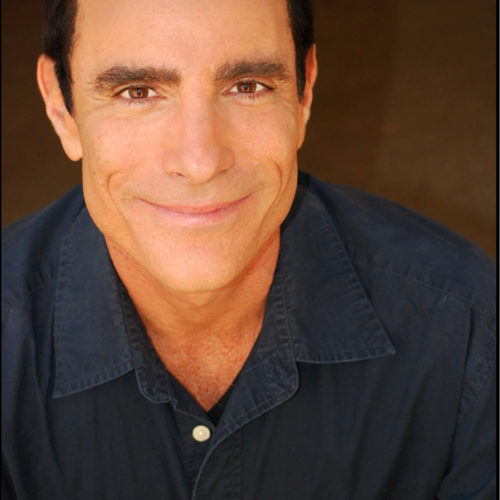 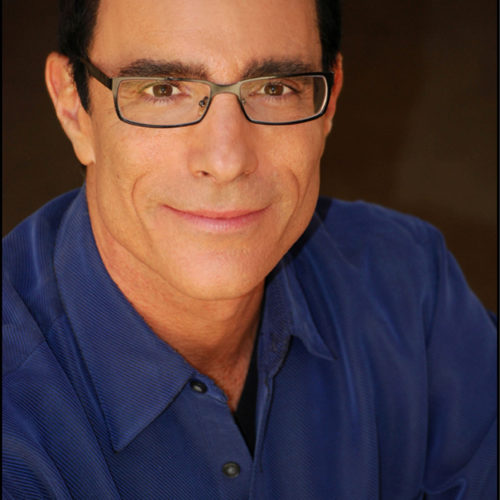 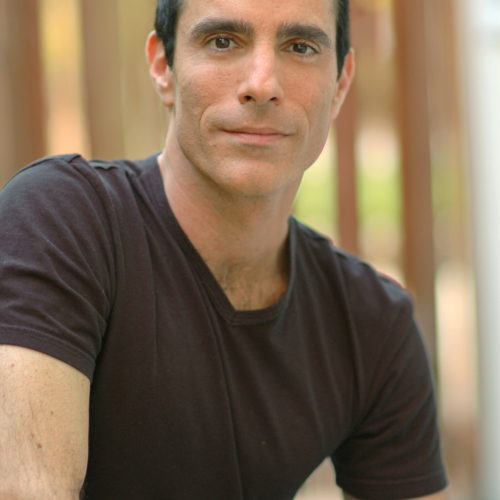 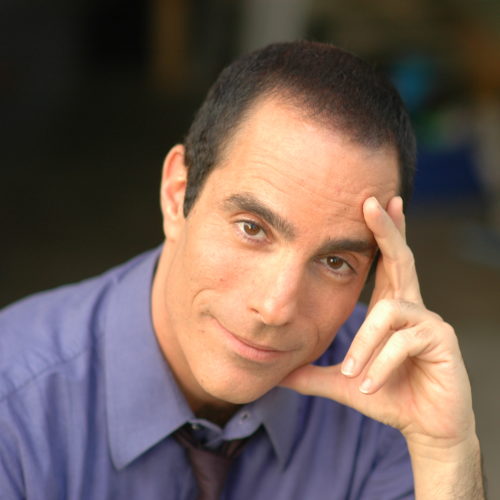 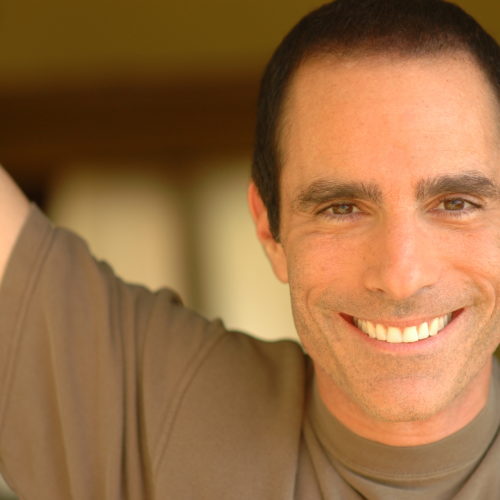 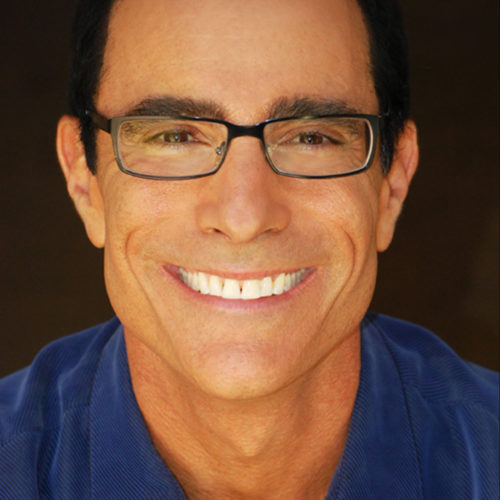 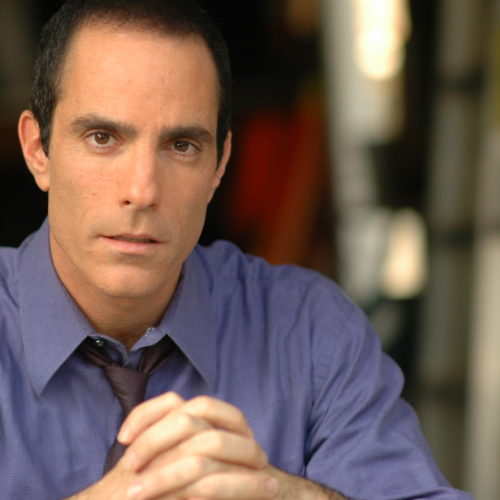 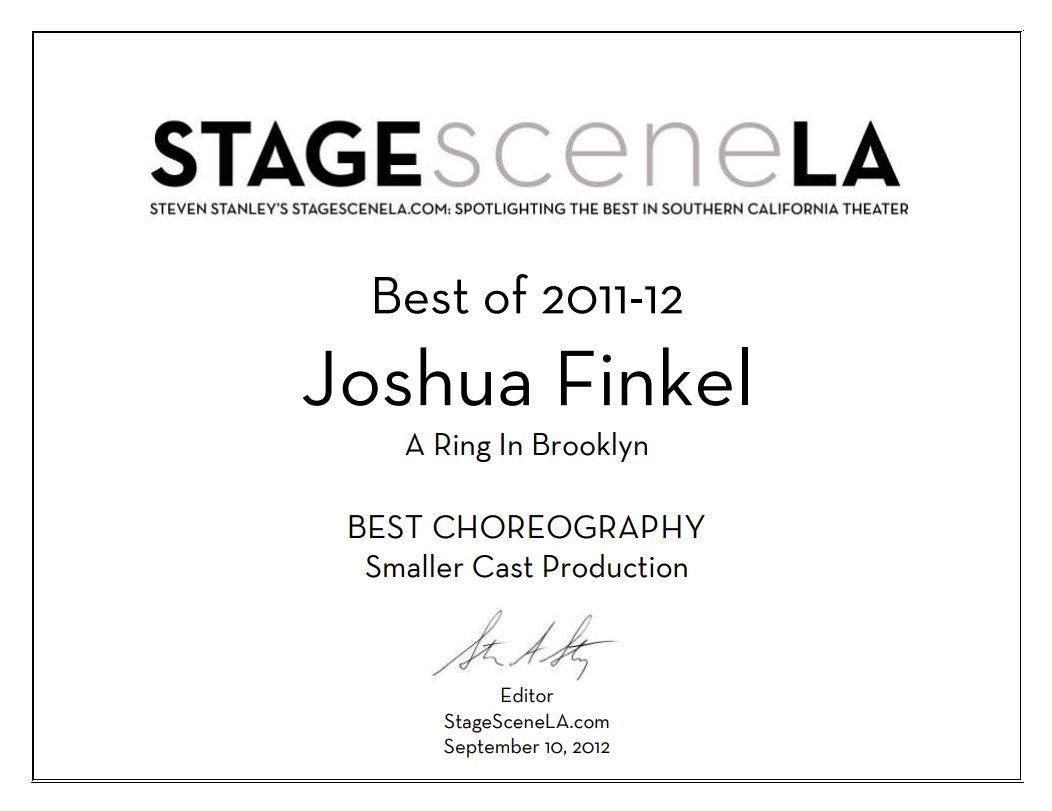 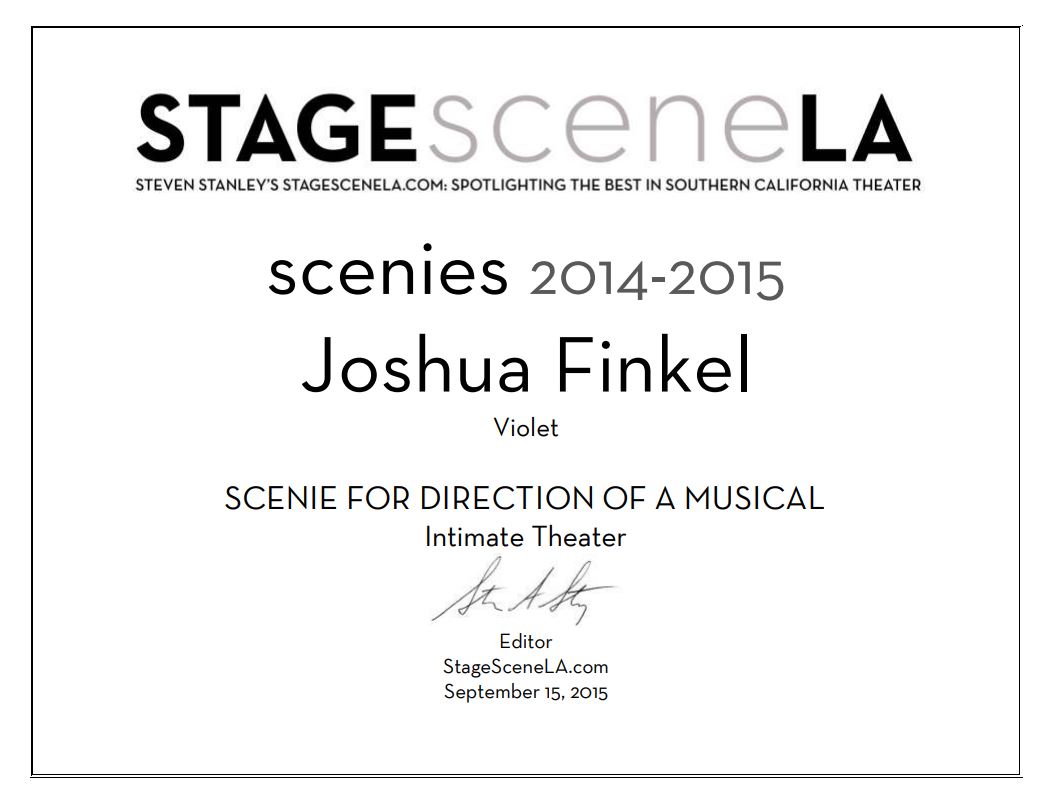 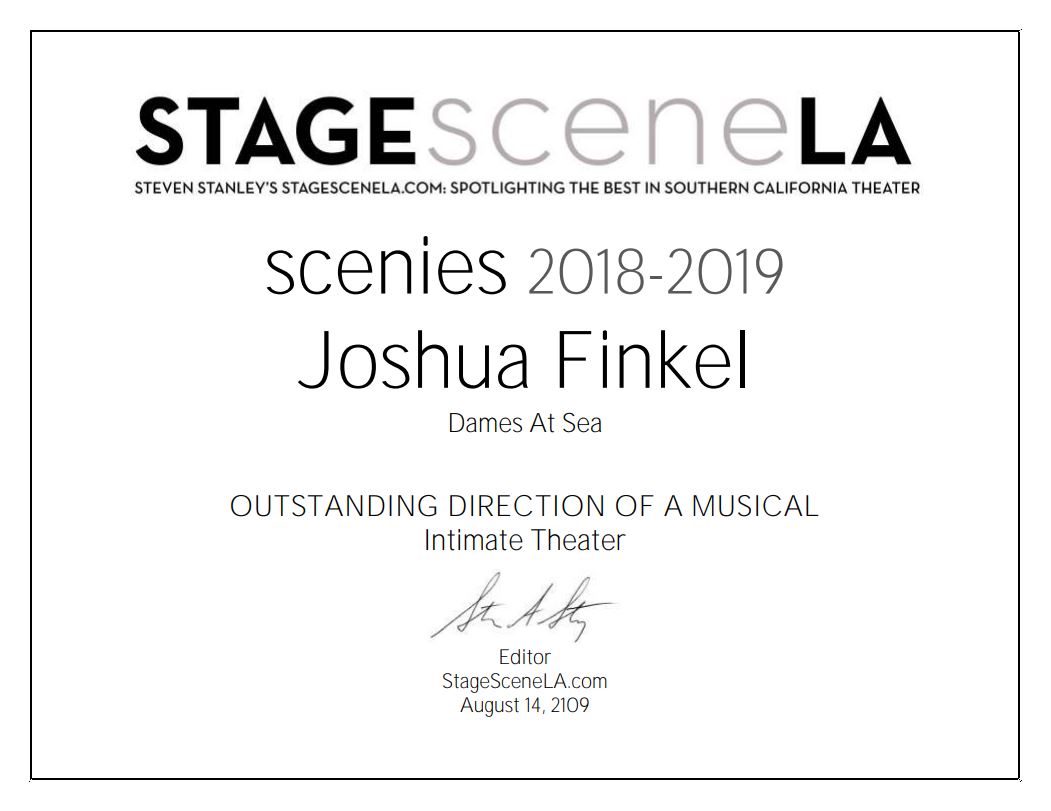 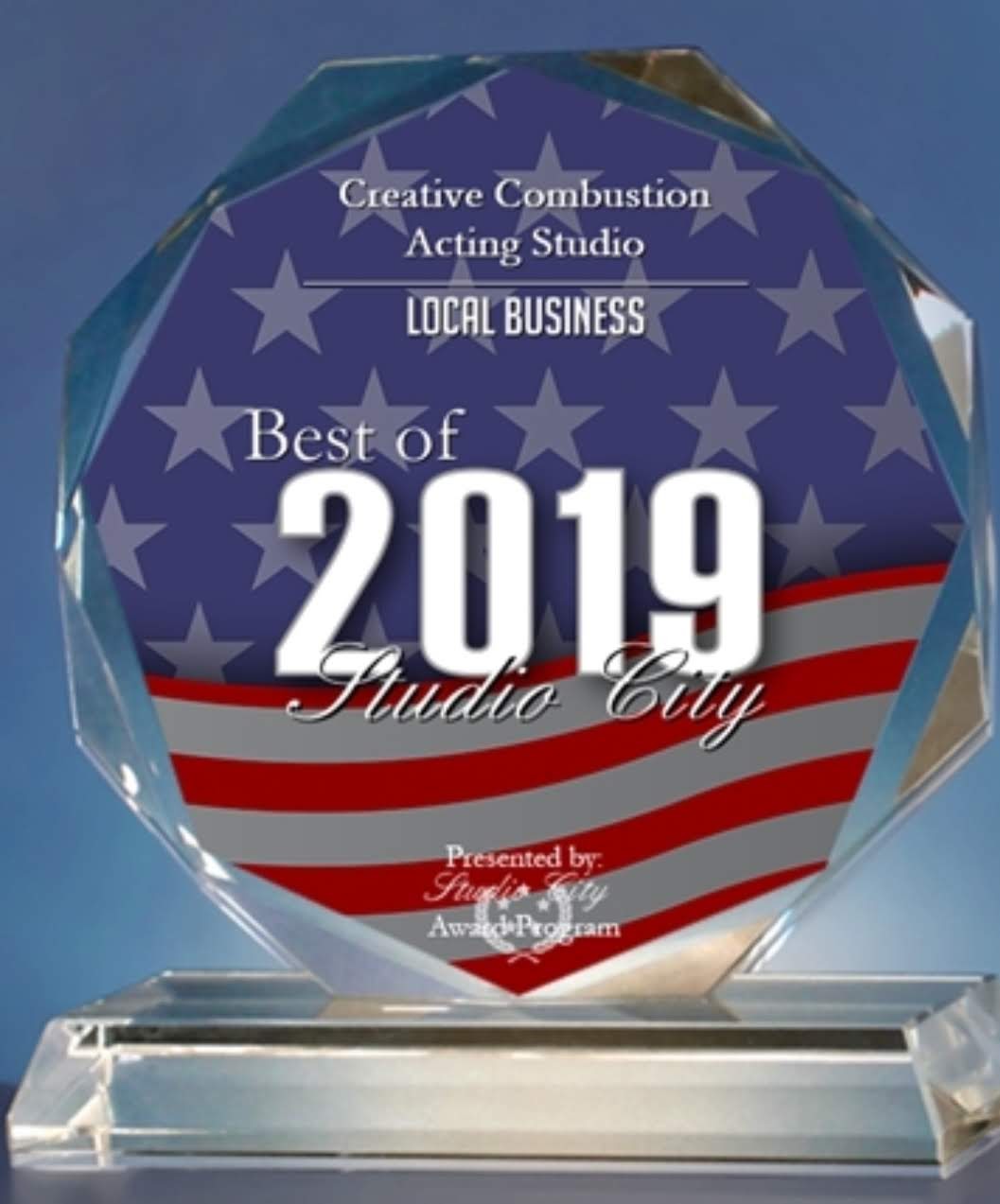 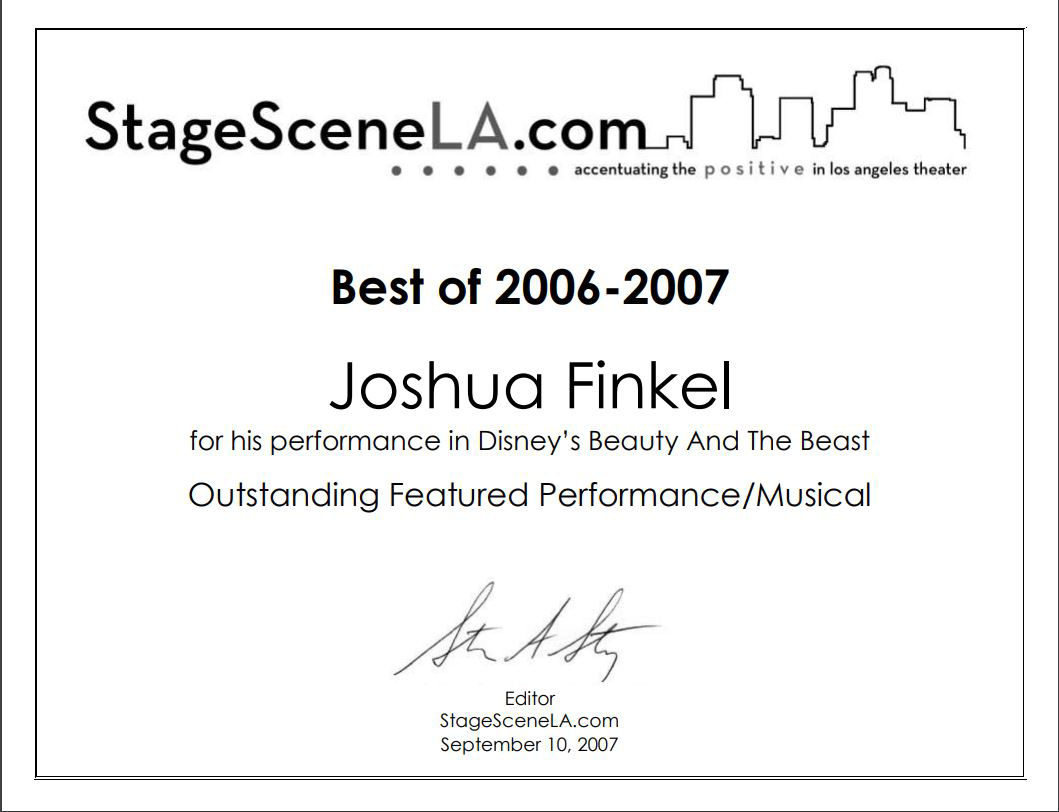 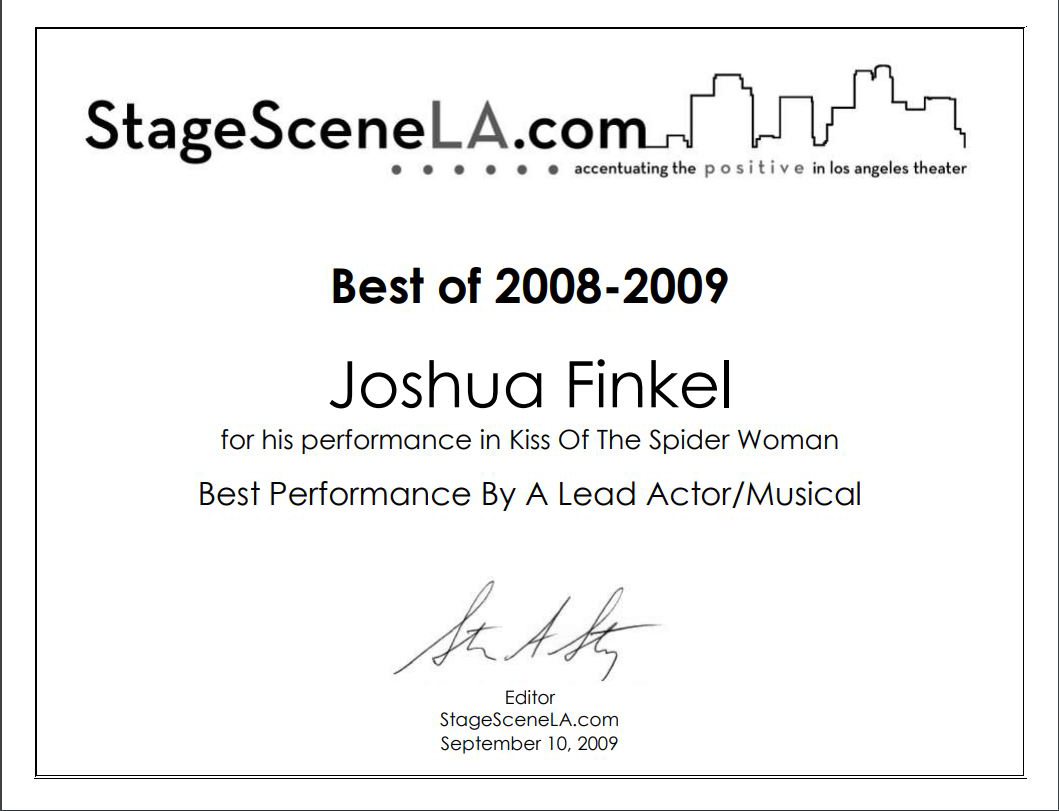 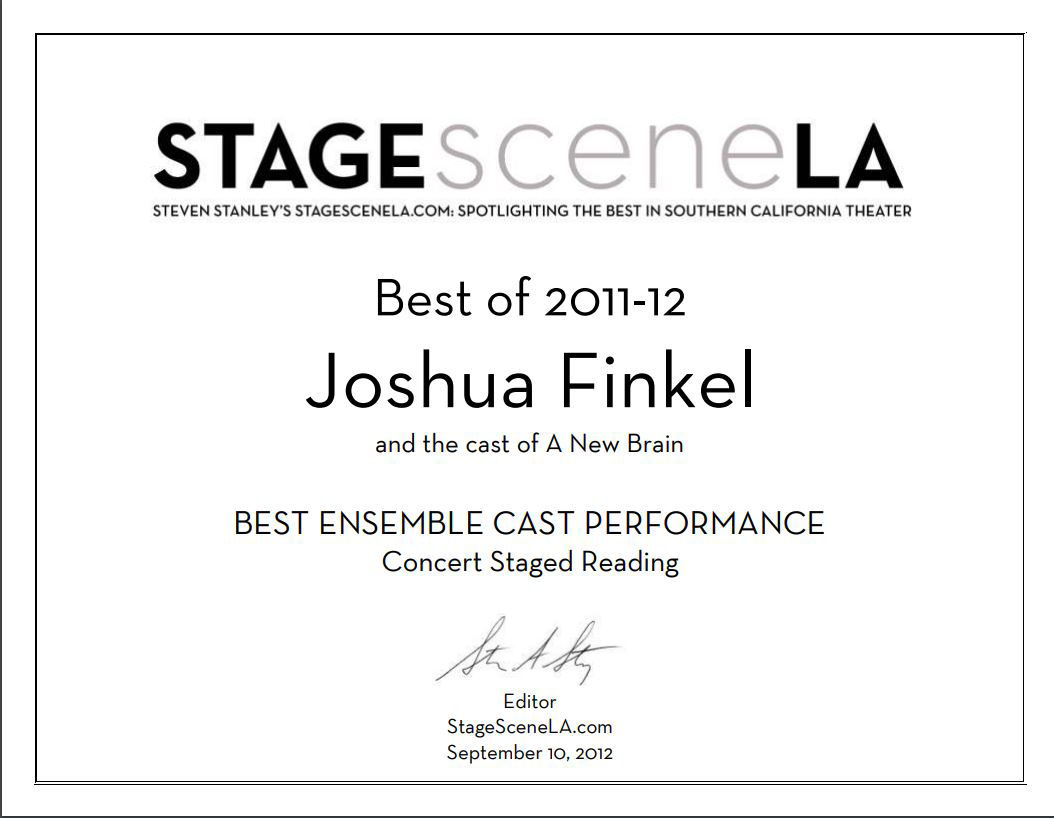 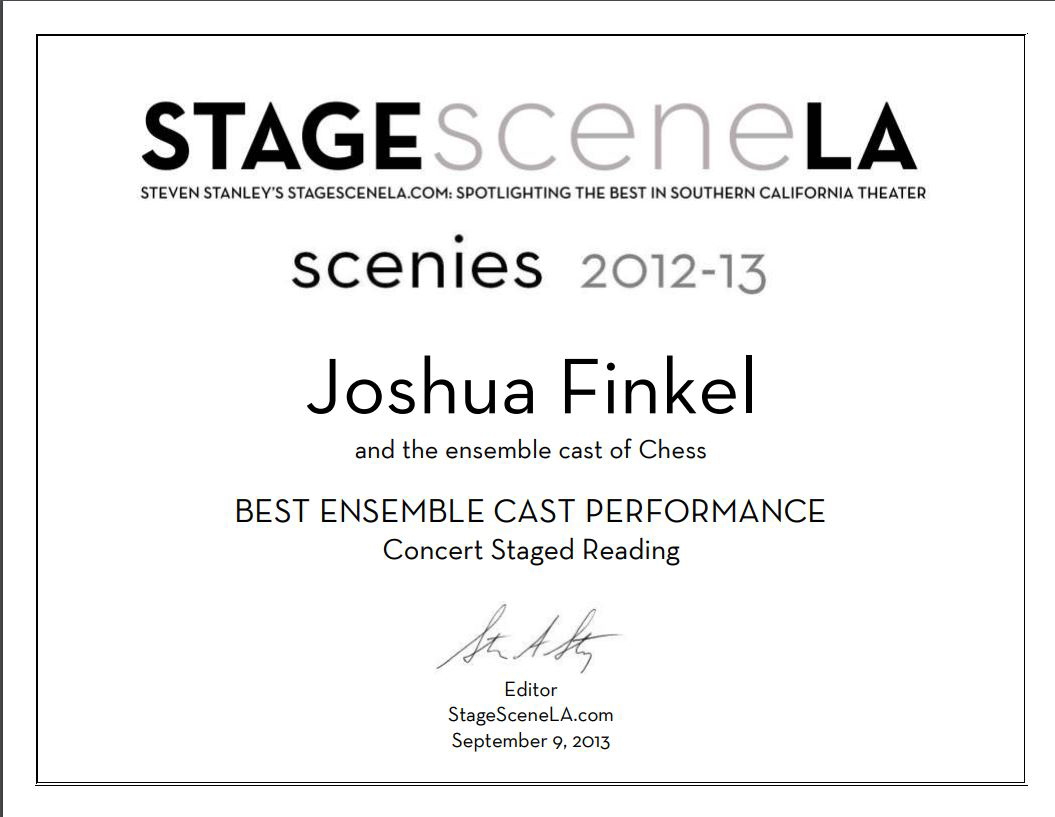 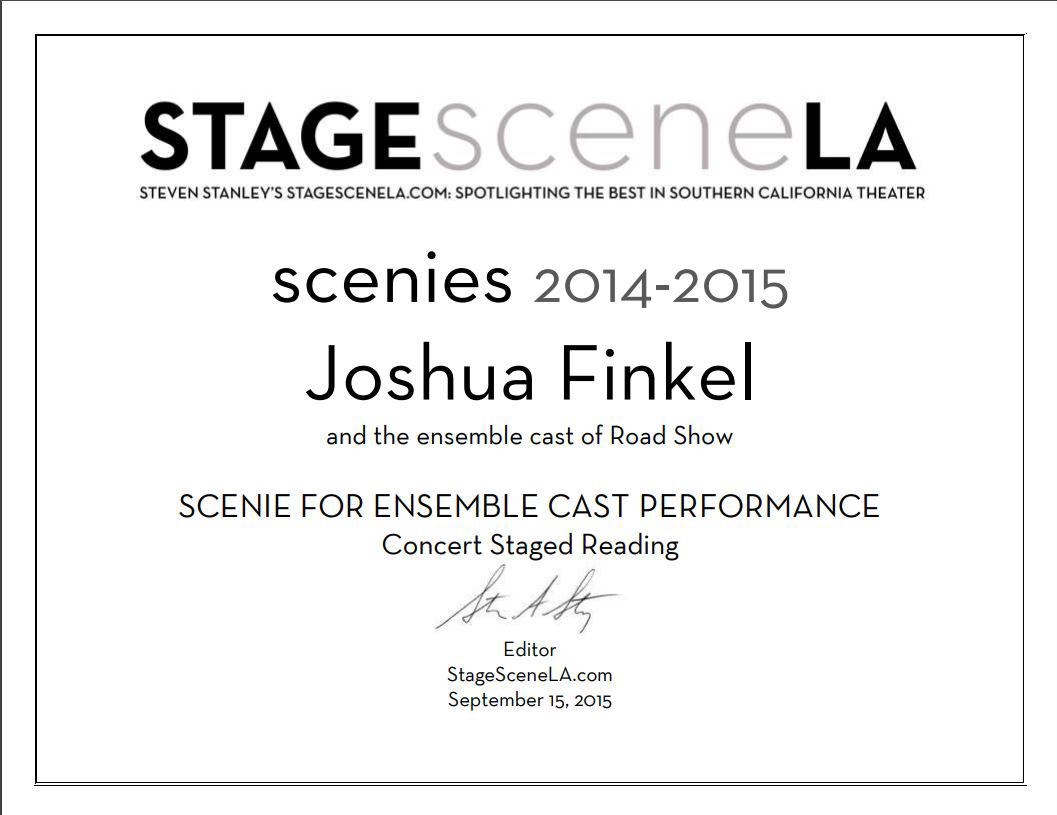 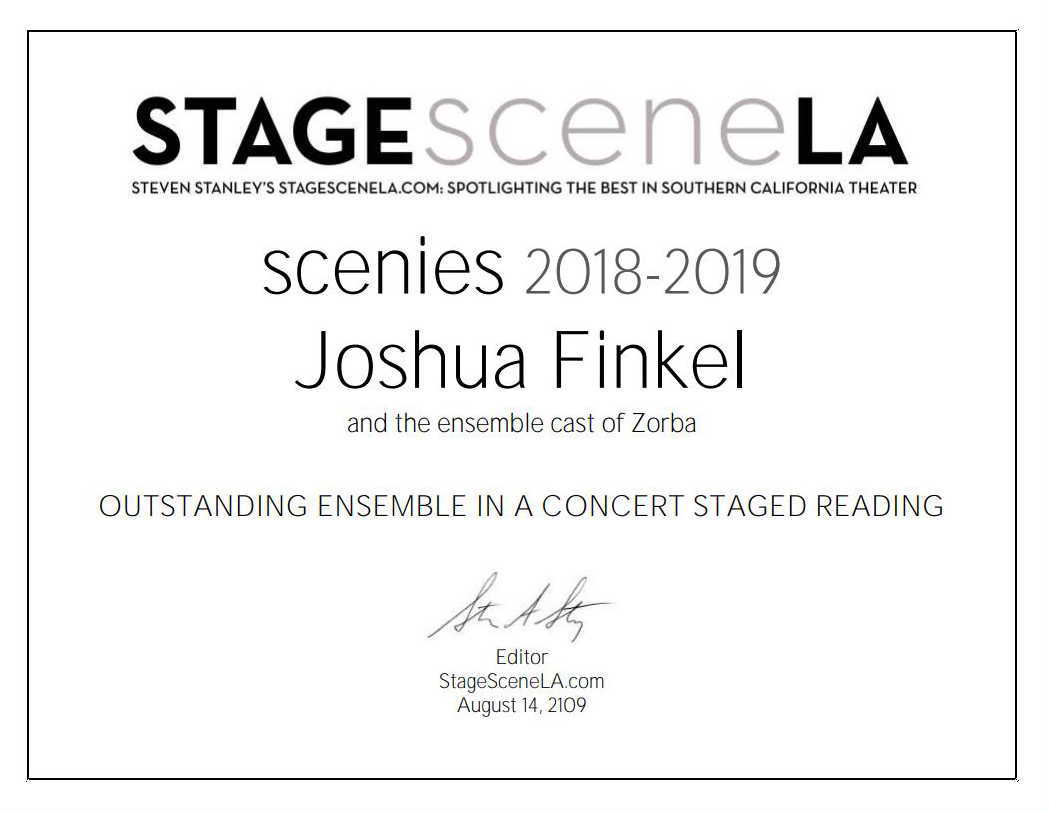